Bands, orchestras, churches, theaters and musicians everywhere have libraries full of music that is out of print. Much of this music has deteriorated over the years and is difficult or impossible to use in its current state. In other cases, music is is good shape, but missing essential parts.

Fortunately it is often possible to reconstruct this music into a form as good or better than new. The example below shows a rarely performed Sousa march that had parts almost impossible to perform. SonoCrafters was able to reconstruct this to original form by using what remained of the original, and using other surviving parts combined with a knowledge of Sousa’s orchestration tendencies. 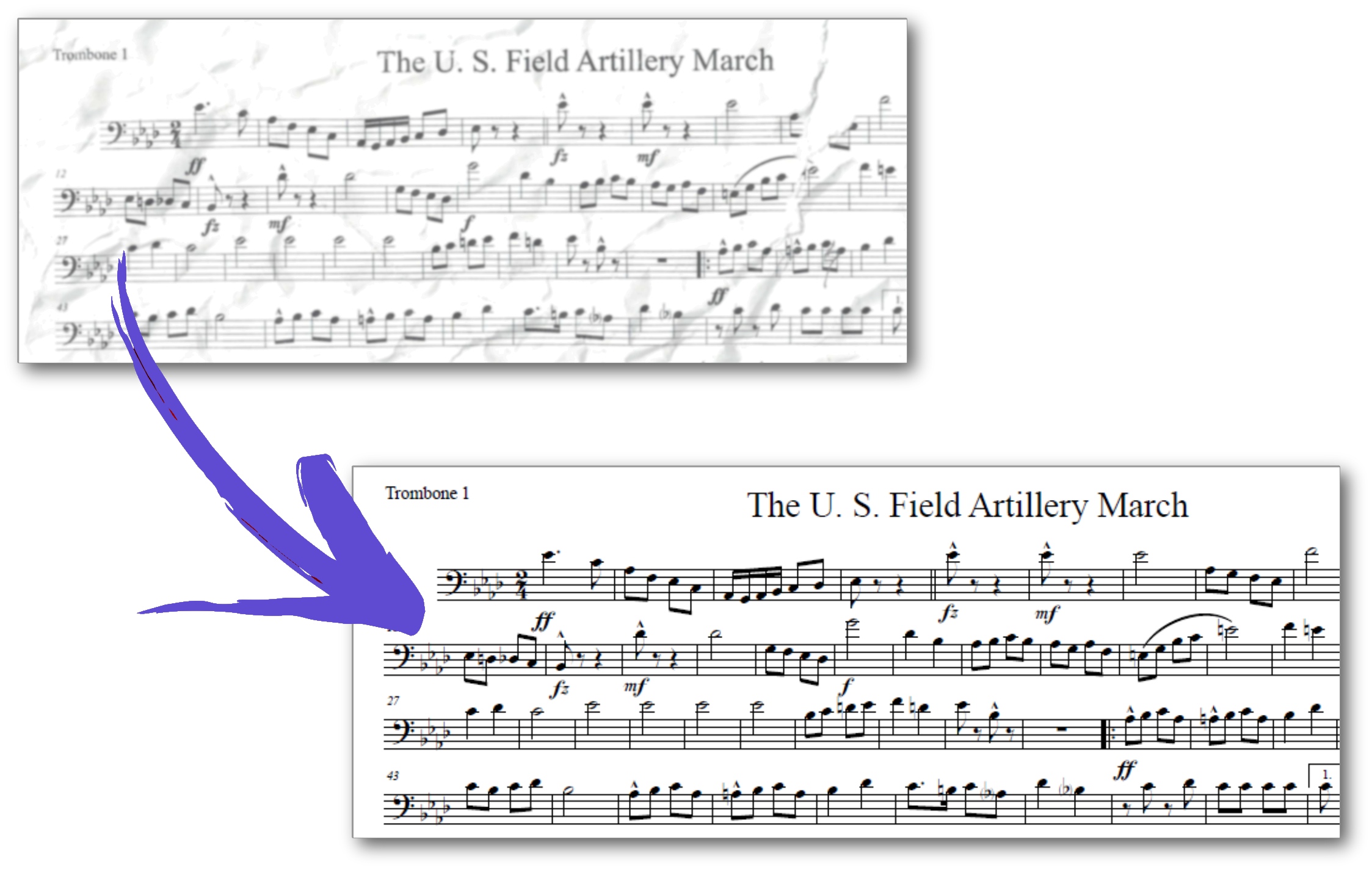